Hāpai Whanau – a charitable trust with a bright vision for families

Before Julie and I were married, Julie told me she wanted lots of children. I only wanted two and thought she was joking, turns out I was wrong.

Six kids later, with adult married children having kids of their own, life has never felt so blessed and busy!

You’d think six kids would be enough, but no. My wife, who’d decided she was done having babies, thought it would be good to foster more. Thirty seven more to be exact.

Fostering taught us that what our Tamariki need isn’t more foster homes or a better foster system. Although both of those needs are real.

What our children really need is a community that holds a brighter vision for family, helping parents do the same, so that their children wake up in homes full of Aroha and hope.

We spent considerable time researching and developing connections, which resulted in the formation of The Bright Vision Charitable Trust – now named Hāpai Whanau.

Our first program came about through a partnership with an incredible young lady by the name of Waikamania. Her program was helping empower young mothers with knowledge and education, alongside an antenatal program.

Now named Hāpai Mama, Waikamania’s program is making a massive impact on the hope and wellbeing of families.

One of our guiding principles in Hāpai Whanau is to love without an agenda.

This has allowed us to look past what we might want to teach in our classes and instead embrace what the very latest science says is best for our children.

The fantastic thing is, science places this type of unconditional love at the heart of all good parenting and is therefore at the centre of all our parenting resources.

Our parenting resources have been developed with Kōhuri Education Co., and Wendy Wilson, an Early Childhood Educator/Facilitator + Parent Coach.

Together, with over 50 years experience,  they research the latest science on child development and brain science and develop courses which enable every-day parents to weave this science with their own wisdom so that their family can flourish.

If you have any questions about the content of our parenting resources, please reach out. 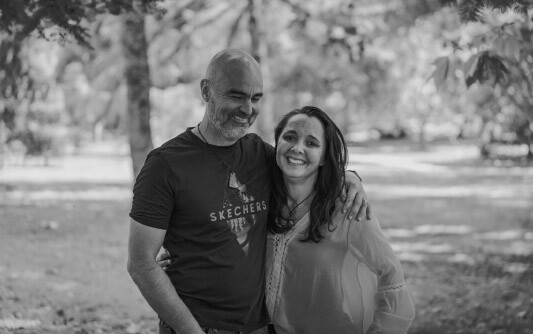 My name is Waikamania. That’s my cheesy face you are looking at.

I’m a self-proclaimed Te Puke local because I married one, but originally and proud to be from Whangaruru Northland. we have three beautiful, energetic and active boys. Waipihangrangi 8,Taakarihi 5 and Maru-Moeahu 3. Hubby wants six tamariki, i thought I wanted four safe to say our whanau isn’t complete yet.

Hāpai mama was created from my own personal experience.

My husband and I got pregnant with our first pepi while both of us were young and studying. while we were excited for this new and unexpected journey we knew we were “going to be alright” as both of us come from strong, supportive and big families. But even as a well supported young mama with plenty of whanau around, there was just so much i didn’t know bout parenthood and how to access the services i might need.

Out of this need I birthed what is now called Hāpai Mama. We are now in multiple locations running programs to help whanau grow and flourish. Be sure to check us out on social media.

“This was my 3rd child, and I totally recommend this. I learnt so much amazing things I had no idea about. Meet a lovely group of mamas and the ladies that run this programme are AMAZING!”

“Hāpai Mama is amazing! I would definitely recommend mama’s to be and mama’s to come along and be a part of this programme. It will be the best decision you’ll make not only for yourself but for your Pepi.”

“Honestly one of the best things I got to participate in while hapu with my son. I learnt way more than I thought I would. The Kaiawhina are awesome! let’s not forget the snacks haha. I definitely would recommend this to all hapu Mama’s.”