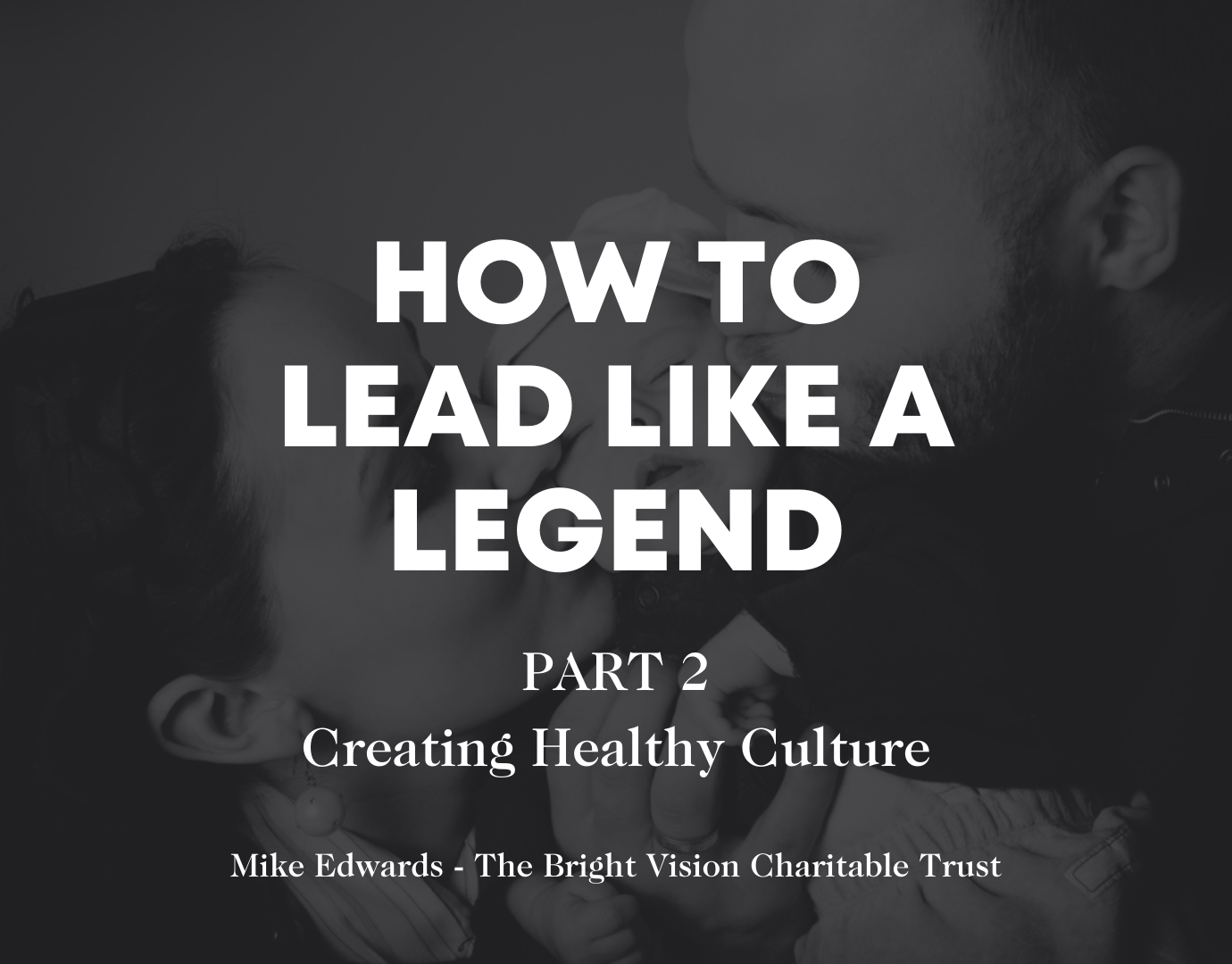 How to Lead Like a Legend – Part 2 – Creating Healthy Culture

“He hit his sister again”, my wife told me, “they were fighting over the remote”.

I’d just walked inside, and this conversation was part of our daily download – covered in last weeks post.

“Don’t deal with it now”, she wisely reminded me, “let yourself calm down”.

Early on in our relationship we decided that in our family, boys don’t hit girls.

It’s one of the things that define our family culture.

The boy needs to find another way to deal with his frustration – and the parent has to help him process that.

This is called creating family culture – deciding what you want your family to look like.

As the parent, it’s your decision.

If you don’t decide – it will be decided for you.

It’s never to late to start.

When it comes to parenting, there’s nothing harder than creating culture.

That’s why most parents don’t do it.

To concentrate on your family culture – more than anything else – that’s how legends lead.